Pre-K in the Bennington Region is a study in successful partnerships.  Across the United States, more and more school districts are providing pre-K to both three- and four-year-olds. The movement started from a Pew Charitable Trust 10 year campaign to advance high-quality voluntary pre-kindergarten for all three- and four-year-olds.  There was a challenge to national policy makers to transform public education from K to grade 12 to a pre-K to grade 12 educational system.

In the Pew Pre-K summary report in 2011, there were major findings:

The Pre-K Now campaign ended in 2011.  Vermont took up the challenge and enacted legislation (Act 166) in 2014 calling for 10 hours a week of publicly funded education for all three- and four-year-olds.  Act 166 allowed both schools and high quality child care programs to become “Prequalified Prekindergarten education programs”, to ensure access to and delivery of Pre-K education for children enrolled. Requirements to become a prequalified PreK education program include that all public school programs, childcare centers and homes obtain and maintain a 4 or 5 STAR rating or 3 STARS with an approved plan, as well as offer curriculum that directly aligns with the Vermont Early Learning Standards. In Bennington, PreK partnership agreements between school districts and prequalified child care programs expanded the numbers of available slots and eased the burden on working families.

The Bennington region provides PreK education opportunities through a partnership approach of both prequalified programs in schools and child care centers in all of the supervisory unions within its borders: Bennington Rutland SU, Battenkill Valley SU, Southwest Vermont SU and 2 towns in the Windham Southwest SU.  Except for the Battenkill Valley Supervisory Union, the majority of children are enrolled in prequalified child care programs that partner with the public schools.

Battenkill Valley is the smallest supervisory union in the Bennington region.  It provides 45 three and four year olds with a full day, school year program housed in the elementary school.  Battenkill Valley partners with one childcare center located within its boundaries.  In total, the BVSU serves 47 children.

The Bennington Rutland Supervisory Union serves multiple counties: Bennington, Rutland and Windsor.  There are three school-based programs at Manchester Elementary Middle School, Currier, and Mettawee Valley.  The school-based programs provide PreK education to 81 students.  Additionally, 142 children are enrolled in prequalified childcare programs. The BRSU serves children in 7 programs within its geographical boundaries and 6 programs outside of its boundaries. The BRSU’s goal is to offer and provide PreK education in a prequalified program that is best for both the child and the parent. This has brought about a change for the 2019-20 school year, allowing all children within the BRSU to have the opportunity to attend the PreK classroom at the Manchester Elementary School.

The Southwest Vermont Supervisory Union serves 62 children in the public school program.  SVSU has agreements with 14 childcare programs serving 313 children.  For the upcoming 2019-20 school year, the SVSU hopes to keep the current partner base and to identify possible new sites.

Both the SVSU and the BRSU have meetings between the school district and prequalified childcare programs throughout the year.  The goals of these meetings are to prepare for the start of the school year, to prepare for the transition to kindergarten, to review AOE guidance and identify needs of the group as they emerge, as well as developing connections between partners and school staff.

There is still work to be done to address some of the following issues:

The Bennington Regional Council continues to foster the region’s partnerships to improve upon these points. 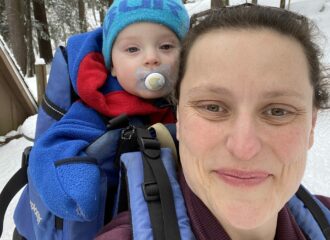 My journey to an Early Intervention evaluation

Recently, my 9-month-old was referred for an Early Intervention evaluation. My rational brain is grateful for the opportunity to include an early interventionist on his support team alongside his teachers, my partner, and me, and as someone working in the early childhood system, I know that this is what he needs to be successful. My […] 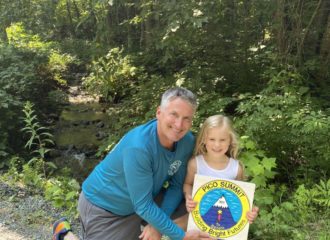 When: Sat., June 18, 10:30 a.m. – 1 p.m. Where: Pico Ski Clubhouse, 73 Alpine Drive, Rutland, VT What: Celebration event with prizes, raffles, refreshments, and outdoor games Who: All are welcome, including families with kids of all ages Questions? Contact Morgan Crossman, mcrossman@buildingbrightfutures.org Join us for a celebration of Randy Crossman’s 365th summit of […] 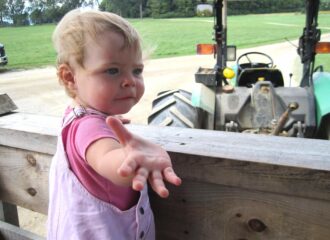